Arr Discord Notifier sends pretty notifications to a discord webhook. The Radarr and Sonarr v3 (only v3 is supported) docker images come bundled with this script, but it can also be used on its own.

Add a Custom Script to the Connect settings in Sonarr/Radarr as seen below. 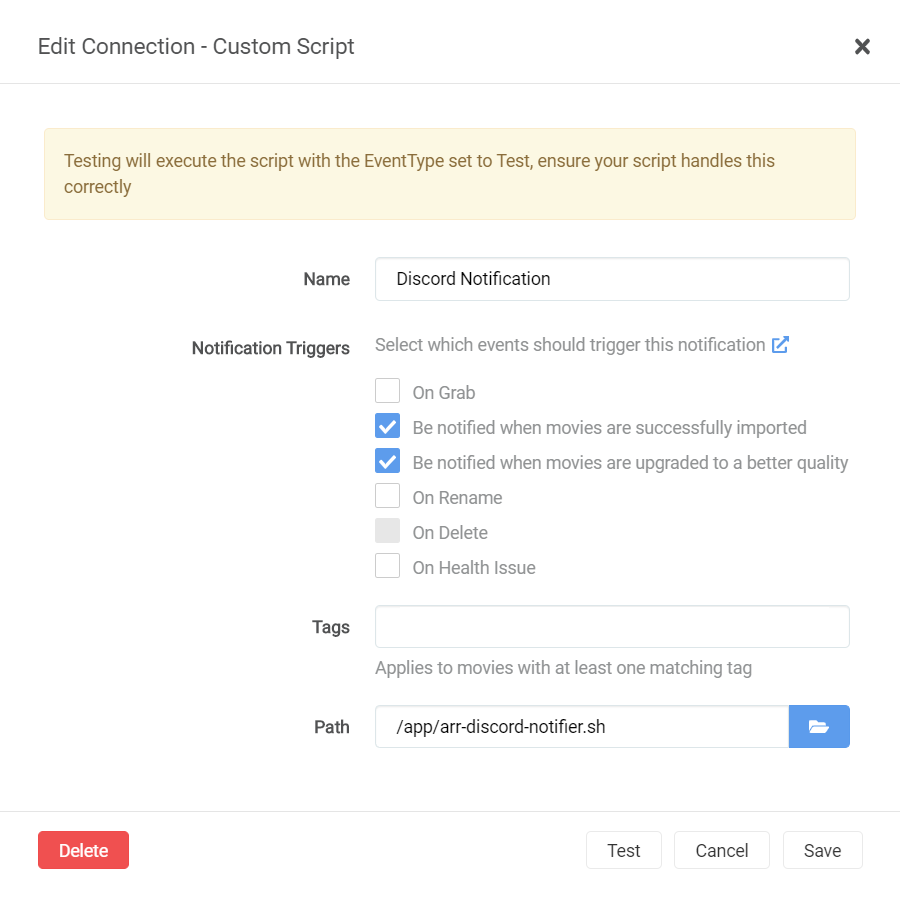 Then add the environment variable DISCORD_WEBHOOK with your webhook url provided by Discord to the container. After that hit the Test button and you should see a notification appear in your discord channel.

If you also configure the environment variable TMDB_API_KEY, when possible it will use an episode still as a backdrop image and add a Cast field.

If you want to hide some fields, you can use DROP_FIELDS="backdrop overview release airdate" as a variable, all field names in lowercase, backdrop and poster are valid values too.

Sending to multiple webhooks can be done with additional variables like DISCORD_WEBHOOK_0 and DROP_FIELDS_0.

By default the hostname is used as the Author of the notification, you can modify this by changing the hostname or the variable AUTHOR_NAME. 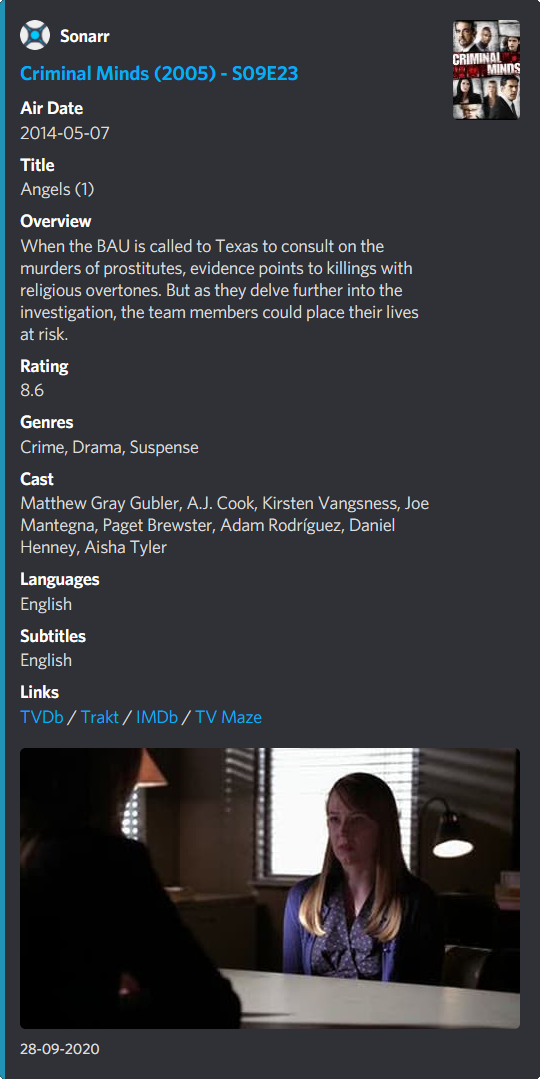